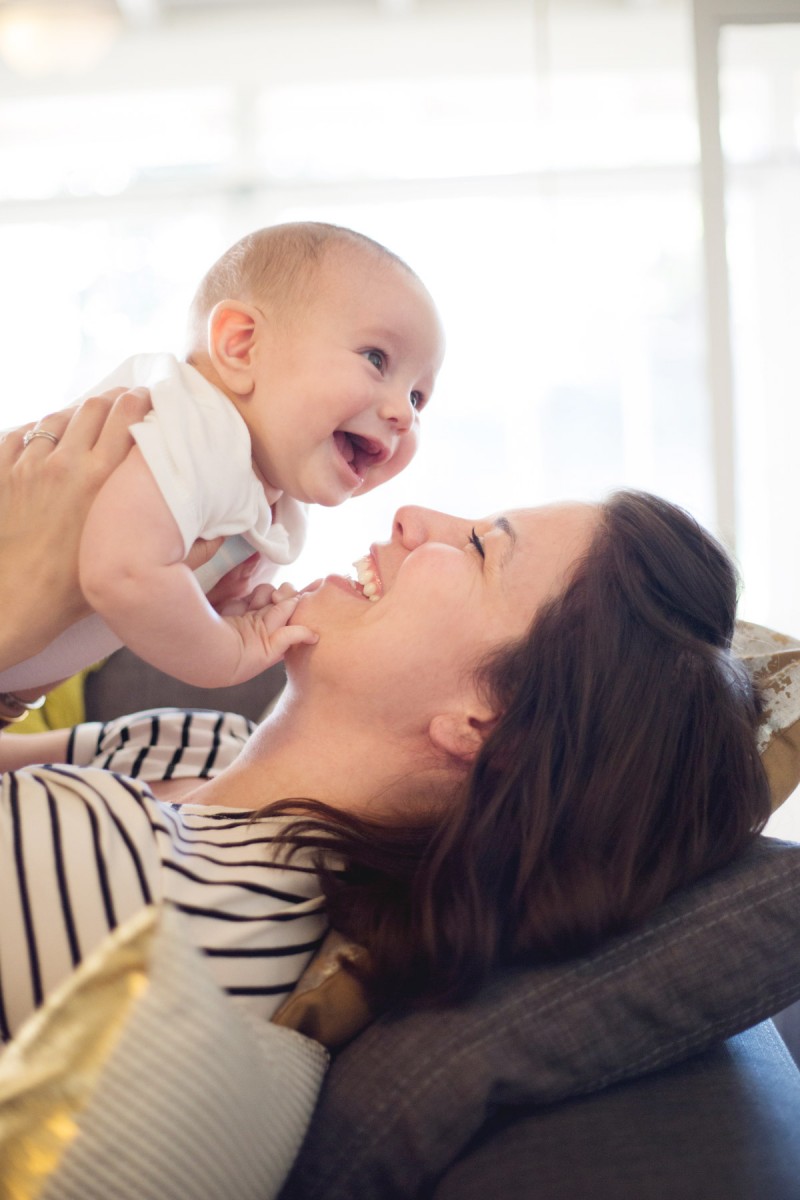 Is this gonna be TMI for you guys? I mean, some people get freaked out about breastfeeding and some people are like bring on the boobies so who knows. But you know I like keeping it real, and it doesn’t get much realer than sustaining another life with your own body so let’s talk. File this under “things they should tell you before you have kids but nobody really does.” Breastfeeding is hard.

Actually, if I’m being honest, right now breastfeeding is easy. Henry’s been nursing right from the beginning and we’re about four months in now (for which I feel like someone should hand me a trophy) and we have definitely hit our stride. He’s happy, I’m happy, we’re all cool. But it’s not always sunshine and rainbows and magical moments looking down at your angelic child while he eats.

Here’s our history: right off the bat, Henry latched on really well. We happened to jive. But even when you’re jiving, even when everything is totally perfect, it can just… hurt. Like, ouchie. So for the first month we just stuck it out and I waited and waited for it to stop hurting. All the doctors and lactation consultants we asked about the pain basically said, “You’re fine, he’s fine, just wait.” So we did. And at about 6 weeks it stopped hurting. In the meantime, Henry is a slow eater. Every time he ate for the first couple of months, it could take up to an hour. Every two or three hours. You do that math.

Soon he got faster, and I was pretty jazzed on that. About 30 minutes to feed him seemed like a dream. But at around 8 weeks he started seeming to have stomach pain and some other symptoms that led our doctor to believe that he was cow’s milk protein intolerant. Which means that he can’t tolerate the dairy that’s in my diet. Siiiiigh… We tested it out for about 3 days with a hypoallergenic, non-dairy formula and he was almost instantly better. But I really just wasn’t digging the formula and I missed feeding him (ironically enough, because at that point I really wasn’t enjoying it), so I decided to dive in and start a dairy-free diet. But it’s more than just dairy-free, it’s cow’s milk protein free. Which is tricky, because that stuff hides where you’d never expect it.

It took a few weeks for everything to settle, but I’ve been dairy free for more than two months now and after the first couple of weeks Henry was about 100% improved. It was such a relief to see him responding to the new diet, and it made all the effort worthwhile. (But let’s be real, I would give my pinky fingers for some milk chocolate or Ben & Jerry’s.) So our issues, for now, are behind us and we’re sailing along.

But! In case you have breastfeeding in your future, a few more things I’d like to keep it real with. It’s exhausting. (Actually literally, in the beginning your body releases a hormone when you feed that makes you tired. The first month when I would nurse I could barely keep my eyes open. Ryan snapped some realllly attractive pictures of me, dead asleep, feeding Henry.) It can be isolating, especially if you don’t like to nurse in front of people or your kiddo takes a long time to eat. Imagine hours in a room with just your baby. Every day. On repeat. It also messes with your wardrobe. Every SINGLE day when I get dressed I think, “Can I feed him easily in this?” And most of the time the answer is no. (Sidenote there — I recently discovered these nursing tops and dresses and they’re saving my life.)

And on the flip side, there are those tiny moments that happen and you cling to while you’re trying to convince yourself that you wanna keep going. There are times when Henry’s teeny tiny, dimply-knuckled hand reaches up and touches my face without knowing he’s doing it, and that little touch has erased so much of the challenging part of nursing from my memory.

For us, so far, it’s working. And I’m so thankful that it’s been a relatively easy road. I know so many mamas who have had a really tough go of it, and every story is different. If you have little ones, did you choose to nurse them? How did it go for you? And if you are planning on having kiddos, have you ever thought about how you’d like to feed them? xoxo

12 thoughts on “Adventures in Parenthood // Breastfeeding”